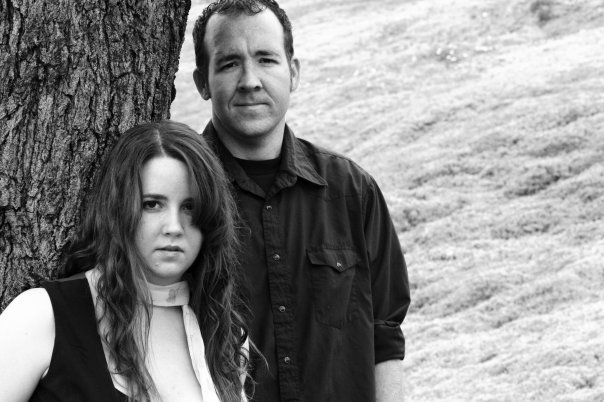 Hi there! We're Sarah and Nick. We've been singing around California together for over a decade, exploring unique clubs, pubs and venues.

How it all began 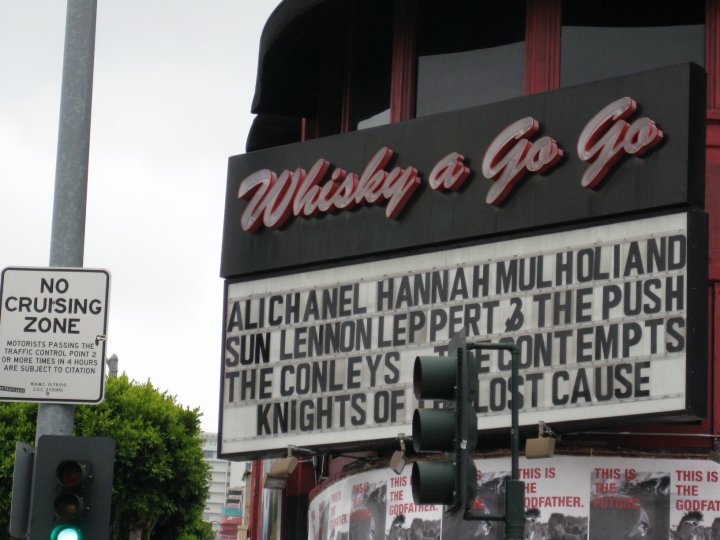 Los Angeles natives, Sarah and her brother Nick hail from the South
Bay region of L.A. County, in Southern California. “As teenagers in
high school, Nick and I went in different directions, but we were both
grounded in music,” states Sarah. “I was in guitar club and talent
shows, while Nick was in marching band, but we were both really
focused intellectually.”

“We were nerdy kids in the South Bay, raised on all sorts of stories
of the great shows at the Lighthouse Café jazz club, and the Beach
Boys before they were signed to Capitol Records,” Nick offers. “We
were exposed to all sorts of regional Southern California bands as
kids, from the Mothers of Invention to the Doors. Our father worked
the door at Gazzarri’s nightclub, where the Doors performed before
they were signed to Elektra Records.”

“Our grandfather, magician Jim Conley, was a charter member of the
Magic Castle in Hollywood,” adds Sarah.

“But we also explored writers from the area,” Nick observes, “like
Charles Bukowski, who hailed from San Pedro; and we spent time at
Either/Or, the famed bookstore that was Hermosa Beach’s local cultural
hang-out. We grew up reading Bukowski and hearing him on tape. We were
raised in a very literary household.”

Sarah earned a B.A. degree in Economics from UCLA, with minors in
English Literature and Music History. The university environment also
gave her an opportunity to perform on campus in addition to her
dormitory room. It was at UCLA that the singer-songwriter made the
conscious decision to embark on a musical career.

Sarah has been steeped in a rich mix of entertainment, including
everything from magic and circus to literature and fine art. This is
all extraordinarily evident in her music. Starting with appearances at
local open mics, Sarah quickly became a standout at favored
singer-songwriter haunts. In 2003, she appeared in front of 5,000
students at UCLA’s time-honored music showcase, Spring Sing 2003,
which garnered her a command performance in the 2004 edition.

After many years of performing solo, Sarah joined forces with her
brother Nick in 2004, thus adding a second guitar and backing vocals.
Also a UCLA graduate, with a B.S. in Chemical Engineering, Nick’s
rhythmic and intricate playing and inventive arrangements perfectly
complement Sarah’s explosive yet soulful blend of Neko Case, Aimee
Mann and Patty Griffin.

Energy bounces between Nick and Sarah like a chemical reaction,
totaling so much more than the sum of its parts. “The brother and
sister thing has been pretty strong for a long time,” Nick reinforces.
“We could never really decide on a name for a band, so we’re The
Conleys. We toyed with playing out as Sarah and Company, Nick and I,
Sarah’s Brother, Nick’s Sister. We’re close.”

“We’re definitely not the fighting Gallagher brothers!” Sarah quips.
“We really work on the same wavelength in many ways, and we’ve always
been a team, especially with our parents. It was always the Conley
family,” she underscores. “We ended up as a real cohesive unit,
particularly Nick and I being the two kids.”

“We’re really good at communicating honestly with each other, without
worrying about offending,” Nick feels. “I know our voices go well
together, and that adds some drama. Understanding what a lot of
Sarah’s songs are all about enables me to tune in to that emotion.”

“Nick helps in song construction and arrangement,” stresses Sarah.
“When we eventually started writing together, he really helped add the
dynamics and excitement to our vocal performances.”

In October 2009, The Conleys co-produced their debut album with Mike
Giangreco for his Meroke Sky Records label. The CD cover proclaims,
“The Conleys present Folk Noir.”

Why the title Folk Noir? “The songs aren’t about a concept,” warns
Sarah. “But they are part of the same interpretation of life and
emotion, all trying to build and make things. The style occupies that
space between the hope of folk music and the smoky aspects of film
noir. It’s the dark side of folk,” she explains.

The Conleys first met producer and label owner Mike Giangreco as a
show promoter, and he has continued to present bookings with them all
over Hollywood. Giangreco has seen their repertoire develop, and that
fact enhanced the production of the album.

“After booking thousands of bands the last quarter-century, every now
and then an act jumps out at you. The Conleys were that act,”
Giangreco enthuses. “Sarah’s dynamic vocals just rang out so clear and
refreshing, and they mixed with Nick’s cool guitar playing in such a
style that I knew it would be worth spending some extra time listening
to them and then recording them. I was not disappointed at all.”

In fact, one song on the disc, “How the Juggler Stole My Heart,”
became a crowd favorite as the duo performed around Hollywood over the
past year, at such well-known venues as the Cabana Club, Genghis
Cohen, and the Whisky a Go Go. They’ve also been playing the last
Friday of every month at Hollywood Boulevard’s Pig’N Whistle, as part
of Mike Giangreco’s regular “label nights” for his Meroke Sky Records.

“The album includes different instruments that highlight and accent
the vocals,” Nick points out. “Mike helped us a lot in choosing songs
that expressed a whole range, where Sarah could bring out a soft
ballad one moment, and a belter the next.”

Folk-Noir has links to The Conleys’ background in the circus. “Most of
the songs aren’t about being in one place or living in a suburb,
they’re about the constant movement and itchy feet of being on the
road with a show. In ‘How the Juggler Stole My Heart,’ the character
literally gets swept away into a life on the road,” Sarah reveals.

“My experiences with the elephants came as a direct result of my
family’s circus background. One day we went to visit friends who were
running the elephant ride at the Orange County Fair, and the next day
I was on the road with four pachyderms. I haven’t been able to stay
away ever since, and it’s been nine years. The elephants I work with
are in music videos, movies, print and TV ads, and it does show the
discipline I take and apply to every aspect of my life, including
working in the studio. Many of the songs on this record were written
and road-tested on four-ton audiences in dusty corners of California.”

The Conleys’ new album also includes their version of Björk’s
“Hyper-Ballad.” “The juxtaposition of that imagery—of living on a
mountaintop with your lover, surrounded by nature, and then imagining
hurling your body over the edge and somehow finding comfort in that
extremity—now that’s folk noir,” says Sarah. “The contrast and fitting
union of the two is at the heart of the dark, yet warm, folk noir
aesthetic.”

“We played around with the song in practice and started covering it in
shows. We thought a stripped-down take would support the huge vocal
feature,” Nick maintains.

“Nick and I like to compare taking our songs from their pre-album form
to the Folk Noir versions, with having all the individual acts for a
circus and then finally putting them together under a Big Top. We take
a more Zen approach to the music and try to help the song become what
it was meant to be, instead of imposing our will upon it. Each song
has a flavor that the guest musicians helped to bring out, not mask or
change.

“I think that philosophy was something we shared with both Mike and
Dave Williams, our engineer for the lion’s share of the sessions,”
Sarah recalls, “and it’s most clearly illustrated in ‘How the Juggler
Stole My Heart.’ In its basic form, the song had a lot of
finger-picking guitar work by Nick and me, but the parts we could hear
in our head being produced, Mike also heard.

“The finished recording includes Dave Williams on the banjo, Joey
Gaynor as a midway barker, and Mike Mazochi on mandolin, with Victor
Bisetti stepping out of the box and getting creative on drums and
percussion. Each musician built up the feeling of running away with a
(traveling) show and being in love with that decision. Instead of
relinquishing each song to someone else’s notion of how it should be,
Nick and I feel like these songs are now fully realized as what they
always were.

“We’ve played these songs live as a duo, or with someone adding an
extra vocal on a few songs in the live setting,” frames Sarah. “Since
they moved out of my bedroom and into the world, I have a better point
of view about them. It’s still a duo and it comes down to commitment
between Nick and me. We love musicians, and all the different sounds a
band can provide, but we also love the simplicity of just having a
great sounding guitar song by itself.”

“We could never really decide on a name for a band, so we’re The Conleys.

Subscribe to get updates on upcoming shows and events!

Site and hosting by: StewART